Prometheus or Graphite: What should I choose?

While both are solid options, there are key differences between the two that users should keep in mind when making a decision.

Here, we break down the most important distinctions and look at how the experience of using each service compares.

Prometheus and Graphite are both open source projects built around a time series database. This means all datapoints are labelled with names and/or tags which identify them as part of a unique time series. Prometheus has always supported tagging (called labels, in Prometheus terms), and Graphite introduced tags near the start of 2018.

The most obvious difference between Prometheus and Graphite when you first start using them is that where Prometheus reaches out to request metrics from target endpoints, Graphite passively receives anything it’s sent, provided the formatting is correct. This is referred to as Pull metrics vs Push metrics, models that form the core of many other distinctions between the services.

Let’s take a look at Graphite 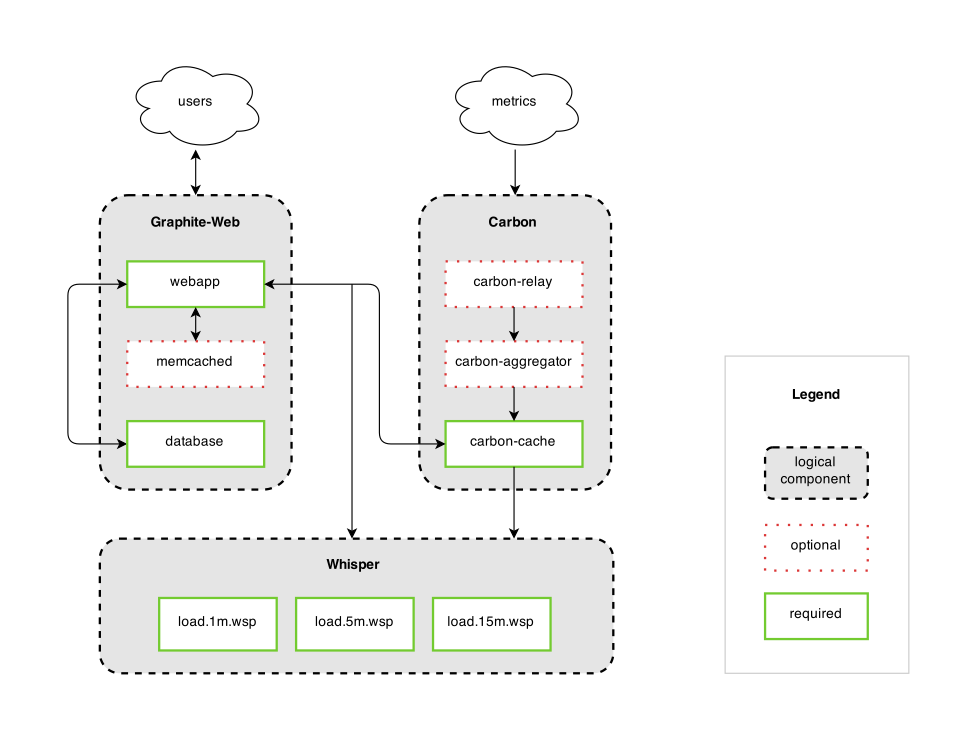 Graphite has been around for a decade and there’s a reason for that – what it lacks in frills, it makes up for in useability and widespread support. That said getting the server up and running can be a little awkward at times.

Graphite has a much simpler architecture than Prometheus because of its reduced scope, and is split up into 3 distinct parts:

Let’s take a look at Prometheus 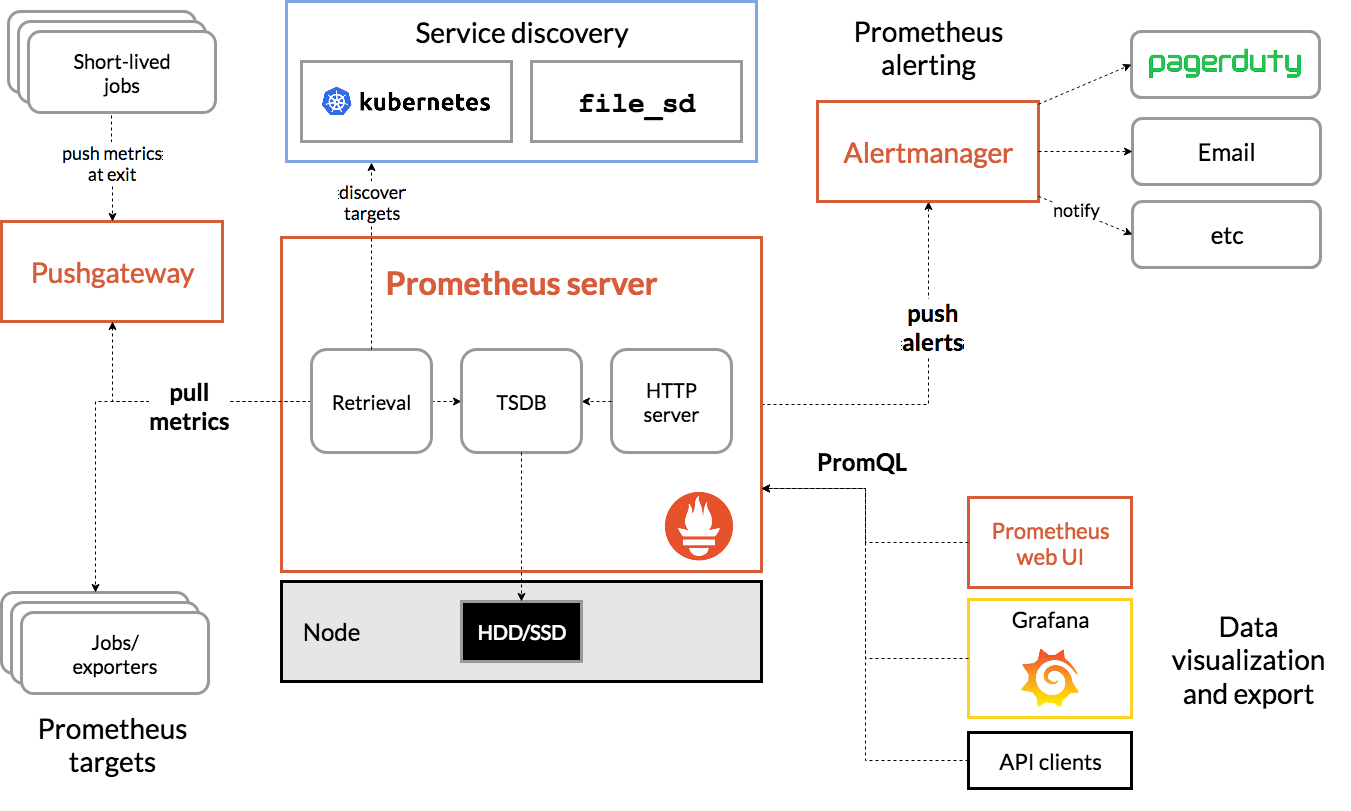 Prometheus on the other hand is a direct descendant of Google’s Borgmon tool, and was developed by engineers dealing with highly containerised environments. It was made by SREs for SREs, which means it has some really nice features but also presumes a higher degree of specialised knowledge and access to make the best use of it. It’s easy to install and get running, though integrating it with existing services can be less intuitive.

Prometheus isn’t so simply divided into parts, but it still has a similar selection of tasks it undertakes to get the job done.

(1) Writing applications to be monitored

Developers are often required to make their applications observable, even if they aren’t the ones who’ll be actively monitoring them once they go live.

An engineer or SRE team who are responsible for monitoring the environment applications run in and their performance, including those they haven’t written themselves.

An SRE or Monitoring team responsible for monitoring not just one environment, but multiple environments in different physical locales and networks.

A business analyst, salesperson, support agent or other user looking to extract meaning from data they may have had no involvement in generating. This is really the least ideal situation for Prometheus, since it’s built to be a full monitoring system.

So, what’s the best tool for you?

To sum up, the choice between Prometheus or Graphite depends depends on your precise scenario. In this article, we’ve looked at how both tools work, their similarities and differences, and the pros and cons of both tools for four major use cases.

As we’ve seen, each tool has its own positives and negatives, meaning that the right choice depends on your particular use case and setup.

If you’d prefer a hosted version, we offer both Prometheus as-a-service and Graphite as-a-service, with a 14-day free trial.

Written by Shevaun Frazier, Technical Support at PromLTS
Ready for a better way to store Prometheus data?
GET STARTED FREE